Over the trailing year, we’ve seen one of the most paradoxical developments in modern history. Despite suffering the ravages of a once-in-a-century pandemic, the equities market has gone on to set record milestones. Even now, the recovery is a tentative one — yet certain investments, including cyclical stocks, continue to post impressive numbers.

Based on the fundamentals, you’d think that secular names, or those companies that are tied to necessary businesses — food, utilities, toilet paper — will outperform cyclical stocks. To be perfectly honest, I’m skeptical about the remarkable enthusiasm we see in the equities sector. Particularly, I do not like that trading securities on margin hit another all-time record in March 2021.

Speculation seems to be out of control, yet the market is the ultimate arbiter. Therefore, if you are bullish, you’re not entirely unjustified in your decision not to fight the tape. As well, certain indicators suggest that we could see a sustained move higher. For instance, if President Joe Biden’s administration is successful in building back better, that would translate very well for cyclical stocks, which depend on strong consumer sentiment.

Also, it’s fair to point out that we live in a bifurcated economy. For instance, despite a robust March jobs report, the national employment level is down 5% from where it was just prior to the novel coronavirus pandemic. Obviously, that’s not a good look. However, the employment level for bachelor’s degree holders is only 0.6% off pre-pandemic levels; basically, no change.

This doesn’t mean bullish investors should get complacent. But if you’re a believer in the economic recovery narrative, you certainly have some intriguing evidence to back you up. Should you want to make a wager on this thesis, you should check out these cyclical stocks.

Again, because of the rampant speculation as evidenced by the trading on margin, you should be careful about any investment, whether they be risk-on, risk-off or something in between. But if you’re convinced that we’re going to roar back from this public health crisis, these are the cyclical stocks that can accrue substantial benefits. 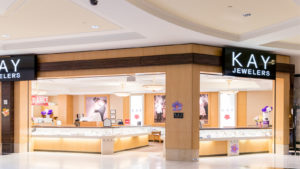 With people saving money like mad, why is SIG stock doing so well? On a year-to-date basis, shares are up 137%. It just doesn’t make much sense. This isn’t the time for people to spend foolishly and lavishly.

Well, I guess that depends on your income level. According to a report from Rapaport, those who have money are demonstrating a massive willingness to spend it. For example, “China’s polished-diamond imports rose almost fivefold in the first quarter as the mainland retail market extended its recovery….”

It’s not just Chinese buyers that are buying up high-quality diamonds, although they make up a significant portion of demand. Combined with other purchases worldwide, the buying pressure has pushed diamond prices substantially northward. It doesn’t look like demand will wane anytime soon, which is why SIG is one of the most compelling cyclical stocks to gamble on.

Not to be confused with coffeemaker Keurig, Kering is a French-based multinational corporation that focuses on luxury goods. It owns some of the world’s most recognized brands, including Gucci, Saint Laurent and Bottega Veneta. Ordinarily, you wouldn’t think that PPRUY stock would do well following a devastating pandemic. But then, you would be wrong.

Over the trailing year, Kering shares have gained nearly 82%. On a YTD basis, the equity unit is up almost 17%. Over the last month, PPRUY has been on the move, registering double-digit gains. And if I’m interpreting the charts correctly, shares could have more upside.

While the bullishness in this premium luxury outfit seems a bit ridiculous, it’s all in how you look at things. Yes, people who are in the lower income bracket are hurting. However, PPRUY stock doesn’t depend on that category. And as I explained, the economy for educated and skilled workers is fairly robust.

Plus, you have the China effect. After the government there imposed perhaps the…

Read More: 7 Cyclical Stocks To Consider if the Economic Recovery Story Pans Out

If we want to fight the climate crisis, we must embrace…

Alliance to Save Energy among groups urging Congress for…

Pargat Singh calls it case of horse-trading : The Tribune…