Fruit, meat works and food processing industries are calling on the government to open Pacific borders to tackle what they’re calling their worst ever labour crisis. 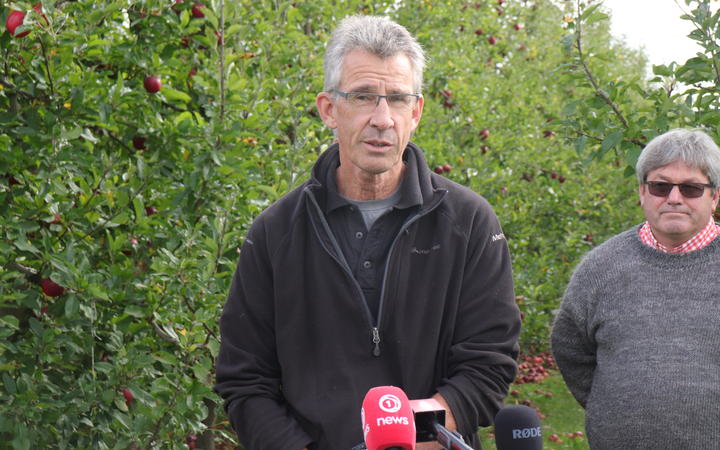 At a media conference in Napier this morning they demanded more help.

Apples are rotting on the ground at many orchards.

“The apple crop that you see here represents 10 to 12 months of planning, investment and work and just days before I came to pick it I had 20 pickers sign up, and at induction two pickers turned up, so we went into crisis mode.”

He said it was the worst his family had ever seen.

“My family’s been involved for over five decades and we’ve never experienced a crisis like this, where we’ve had to walk away from whole blocks of export apples. We’ve got export markets that are crying out for this fruit and we just can’t get it harvested.” 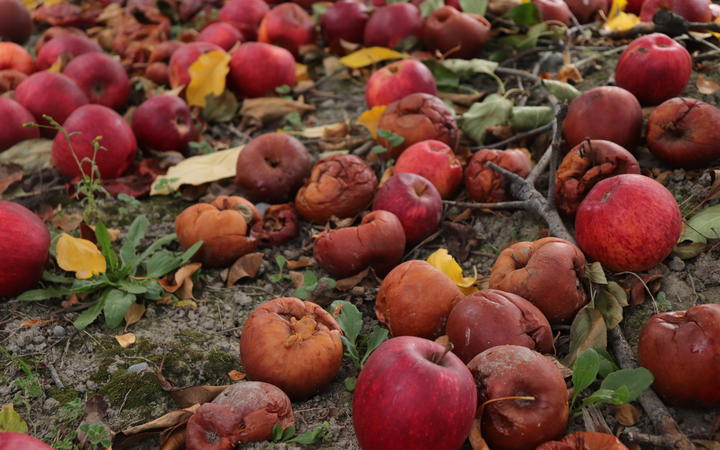 No Fruit rotting on the ground at a Napier orchard.
Photo: RNZ / Tom Kitchin

Orchardist John Bostock said the government’s intentions to get Kiwis on board did not work as well as anticipated.

He called for a plan from the government – and said they wanted it sooner rather than later, ideally in the next two months so they could plan their harvest.

“We simply haven’t got enough available New Zealanders to do the job. It’s very very tough and we’re calling on the government to open the Pacific, open the borders for Covid-free countries to come and work in New Zealand for next year.” 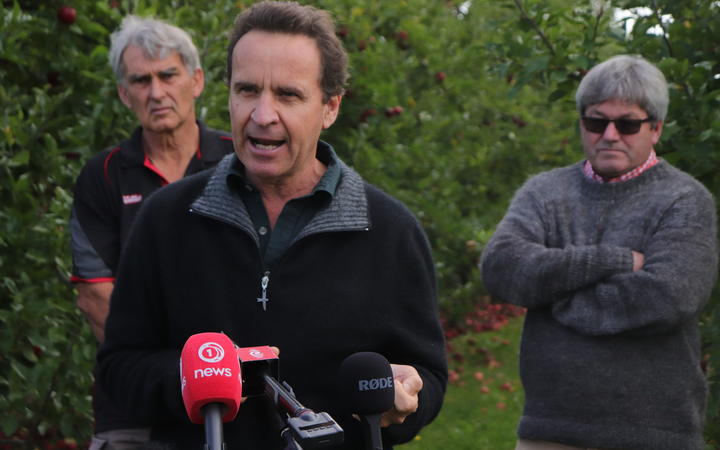 Orchardist John Bostock says there needs to be a government plan to tackle the problem.
Photo: RNZ / Tom Kitchin

“This has been the most difficult and most challenging, worst experience with regard to having sufficient people at work,” he said.

“We in fact have been short of workers right through the peak lamb season which is a little bit longer than the apple season and we still remain short today.”

At the Watties factory in Hastings, agricultural manager Bruce Mckay said he was also facing difficulties.

After the government announced a trans-Tasman bubble yesterday some have asked why borders to the Pacific Islands are not open.

National Party leader Judith Collins today called for an immediate travel bubble with the Pacific for those reasons.

“These countries are being extraordinarily hard hit by the lack of tourism but also the RSE workers who we have working in New Zealand or have been, they are absolutely crucial to the economy of these countries,” she said.

Prime Minister Jacinda Ardern said the trans-Tasman bubble should open up some space in MIQ.

“Now that we don’t have the trans-Tasman bookings – about 1000 worth – we will be looking at whether or not some of those places can be taken by other low-risk travellers and specifically the Pacific,” she said today.

“So we are working on whether or not that might ease some pressure for horticulture.”

She also said it was not just a case of New Zealand wanting travel. The other side had to agree.

“Other countries, they’re not even allowing in some cases, their citizens to return, so it’s actually not just a decision for New Zealand, there are many Pacific neighbours who are part of the RSE schemes who do not want open borders at this point.”

Subsidiary of UFP Industries closes on purchase of Spartanburg…

Here’s Why Armstrong World Industries (NYSE:AWI) Has A…